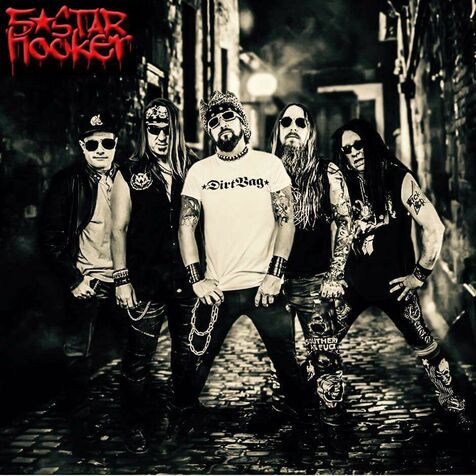 5 Star Hooker formed in 2015 with central Florida as home base. These rockers aren't afraid to bring it with melodic grooves and hard hitting lyrics. The band's sound is high energy rock with the fun, rowdy, rock-n-roll vibe in their music and live performance.
​
5 Star Hooker was selected to perform at the Rocklahoma 2016 music festival after performing for a music industry panel at the 2015 Rock Solid Pressure Industry Showcase. They recorded a self titled EP in 2016 and have more releases planned for the near future. They were selected by the festival organizers to perform again at Rocklahoma 2017. In addition to their festival performances, the band has shared the stage as direct support with many national acts including Saliva, Jackyl, Lynch Mob, Fozzy, Shamans Harvest, Lita Ford, LA Guns, Texas Hippie Coalition, Saving Abel, Bullet Boys, Enuff Z Nuff, Kickin Valentina, David Eleffson, etc.