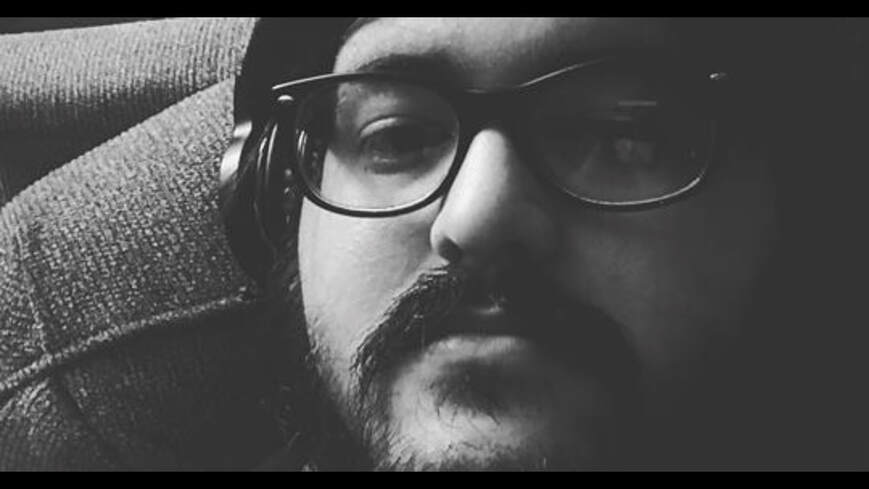 Austin is a songwriter/producer from northeastern Pennsylvania. A lifelong musician, Austin went to the Berklee College of Music in Boston, there he began working on several songs that would make up his first EP "Dreaming at the End of the Universe". After graduating he moved back to Pennsylvania and started working on his first full album "The Path Ahead" which is a meditation of loss, sorrow, and also optimism and joy. It was a difficult process, as he did everything on the album, from the performances to the artwork. Taking cues from artists like Bon Iver, Radiohead, Neil Young, and Father John Misty, Austin pulled together all of his influences and added his own voice to the songs that make up "The Path Ahead". He now resides in New York City, working on his follow up album and playing the indie circuit.

Here's a few ways that you can connect with Austin Colon:
Press Releases 2018

“coderhead: I didn't listen to this album; I felt it. Austin manages to wrap your body in a blanket of sound with harmonics that evoke both joy and sadness. His lyrics evoke images, memories, and hope. I listened straight through, occasionally wiping my eyes and hoping for one more track.”
- coderhead, BandCamp (Feb 23, 2018)

“Austin Colon embarks on a mystical path of self-discovery with the illuminating “The Path Ahead”. Drawing from psychedelic rock, folk, electronica, with a little experimental pop edge, the album employs a wide variety of twists and turns. Over the course of the album’s journey, Austin Colon’s highly articulate thoughtful lyrics come to give these songs a true theme, one of growth and hope. The optimism of the work feels particularly powerful, while Austin Colonallows the songs to buildup in such majestic ways. Quite majestic at times with its hints of cinematic flourishes, the songs feel sweeping. Setting the tone of the album “Alone (Again?)” starts the exploration with the greatest of care, as Austin Colon’s light studio effects have a great impact. The guitar sings and soars on the spacious “Perfect Moments”. A loveliness comes into the fray on the autumnal “10 (a Poem)”. Easily the highlight comes from “Little Pieces””
- Skope Magazine, Skope Magazine (May 04, 2018)

“Austin Colon’s album The Path Ahead starts with the Track Alone (Again?) in an unsuspecting, approachable way. Not far behind a small intro, you hearAustin’s first lyrics. A warm, welcoming, almost Phil Collins feel to the cadence, with a bright but soulful undertone. Soon though, you realize the album will be a force to be reckoned with, as the back half of the first track holds tightly onto a sublime and gnarly blues solo. An early indicator that this album is not for the faint of heart. Alone (Again?) beautifully transitions into the technical and trippy blend of acoustics and electronics with Perfect Moments. A beautifully melancholic song that almost oscillates around you with its dizzying arrangement of ephemeral ennui, Perfect Moments is a beautiful fireworks display of heartache for the ears.”
- Chad Earnest, Stereo Stickman (May 31, 2018)

“A lot of artists nowadays tend to put their music out impulsively or recklessly. Usually because of ulterior motives, lack of ambition, or just trying to make a quick buck. But then there are true artists that enter the studio bound and determined to compose, create, and produce something that is captivating, intelligently crafted, and magically multifaceted. Austin Colon‘s LP The Path Ahead is one of those rare cases. It’s true, this is a rare gem in this era of fame-hunger and impulsivity. A diamond in the rough, but shines brighter than anything you’ve seen or heard in a long time. The Path Ahead isn’t just an album you hear, it’s an album you feel. With brilliantly produced tracks that offer up some very dynamic twists and turns, this acoustic-infused Alt/Rock record with a folky feel-good vibe has a vast array of different styles and versatile elements that’ll keep you hooked on every song. Austin‘s range is very fine-tuned and crisp with his vocal delivery.”
- Justyn Brodsky, Artist Reach (Jun 02, 2018)


“Where ambient sounds and mood merge with poetry and pop sensibility, you get a beautiful album which is a mystical journey of meditation of loss, sorrow but also optimism and joy. With inspiration coming from diverse influences like Bon Iver, Radiohead or Neil Young, Austin draws a tapestry of sounds that serves his poetry in a very effective way throughout the album. A very distinctive voice floating on top of lush instrumentation, with a particular attention to ambience and mood does every justice to his evocative lyrics.”
- Ghostly Beard, The Beards Corner (Jan 07, 2019)