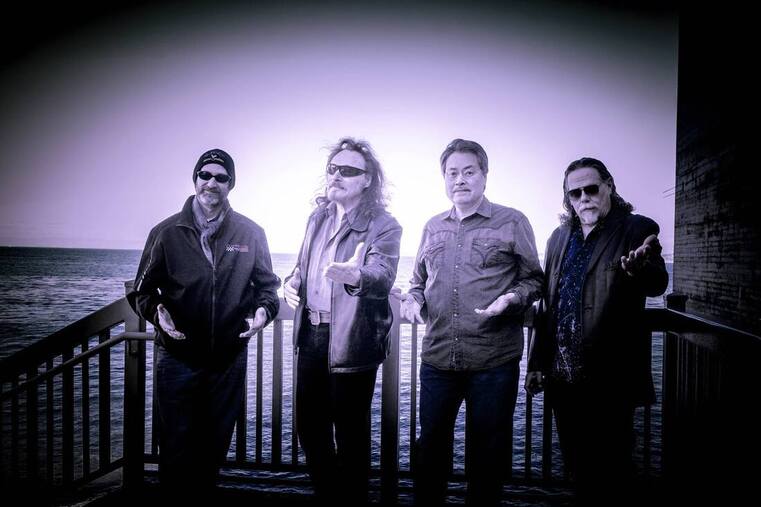 ​Sweet vocal harmonies ride on top of an excellent band. These boys dish up a full-bodied musical fare that will pick you up, and make you move. With the release of several number one, and seven top thirty songs, on both the USA and International radio charts Bruce Guynn & Big Rain has become one of the most versatile and creative bands performing on the California music scene. For more than a decade the group has been recognized for their award winning songwriting and sound. It’s a seamless blend of Rock, Country Rock, and Blues with elements of R&B, and Roots. The live experience becomes the best of worlds bridging social and cultural divides when this talent is fused with timeless covers of popular songs past, and uplifting new songs of life today. The hits keep coming while the groove keeps it real.

Over the years the band has performed here at home, throughout California, the USA, and worldwide. Tours have taken them to five continents, including music festivals in China, Asia, Australia, Europe, North Africa, and to our Military Veterans here at Home, and the Middle East. With consistent airplay worldwide for over a decade along the way the band has been humbled with industry honors for "Vocal Group of the Year", and for "Crossover Artists of the Year". The Twitter Page has grown well beyond 100,000 followers. The Facebook Pages and YouTube Channel are also doing well while folks are subscribing to the music community and downloading music daily

Here are some of the ways that you can connect with Bruce Guynn & Big Rain: