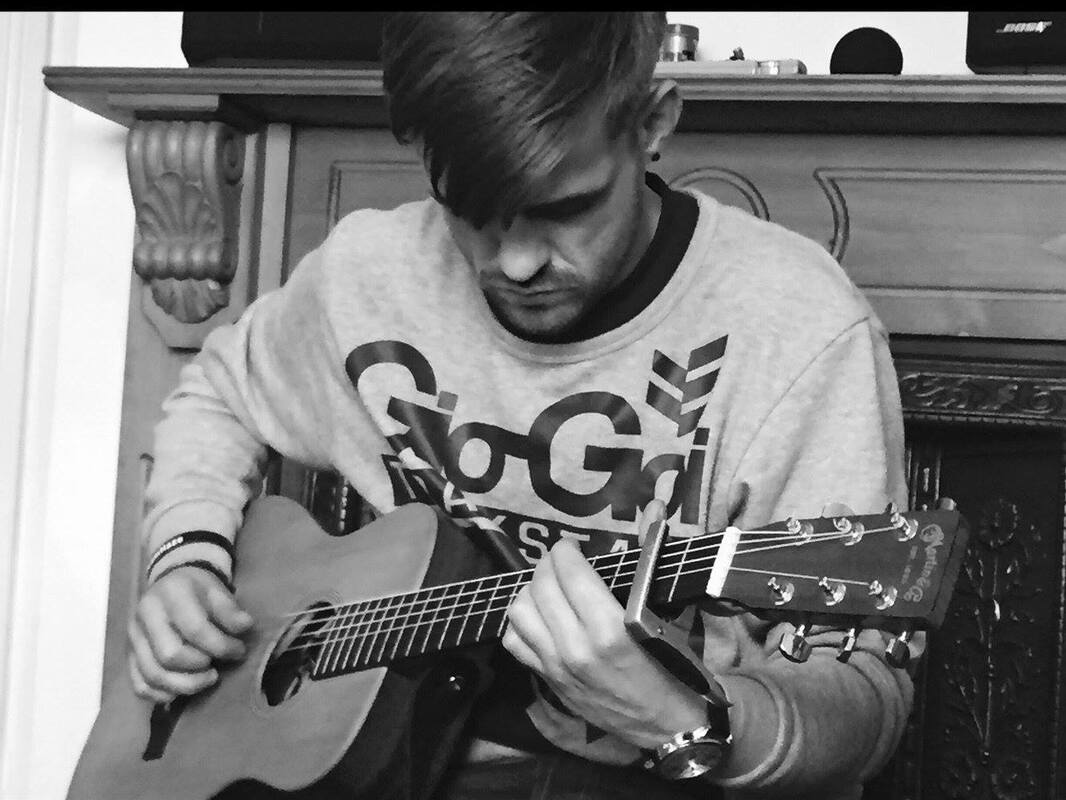 In 2013, the artistry of Chris Haze was heralded by Hot Press Magazine as “Hot For 2014’ and nominated Chris to win their “readers award” for ‘Most Promising Artist that year! How could this happen when just four years earlier, Chris had never so much as “touched” a guitar, let alone, compose, play, sing or perform the music and songs he had written in front of thousands of strangers.

Over the past few years, Chris has performed with a number of major names in the music industry. He has opened for such diverse International artists as Coolio and Sheppard, and toured all around Ireland with the Irish group, The Original Rudeboys, ending in December 2013, where Chris opened their sold-out shows at The Olympia Theatre and The Academy Dublin earning himself thousands of new fans.

Following this unexpected success, Chris followed with the release of his first EP titled ‘Thoughts To Words’. The EP is featured “Don’t Wanna Fall Asleep” plus 2 other brand new tracks.

In 2015, Chris released “Let Us Be Heroes”, which created a substantial industry “Buzz”, which he followed with the release of a video on the song, again earning even more radio play in Ireland which also spread to the UK!
His single, “I’ll Run” earned much airplay and acclaim on both Irish and British radio, from 2FM in Ireland to BBC Radio & Radio X in the U.K. The single debuted at #9 on the Irish Singer-Songwriter chart on iTunes reaching as high as the Top 3. The Official music video also received similar acclaim and accolades.

Chris hit 2017 with a bang announcing the signing of his International deal with Peer Music Publishing in Nashville. And releasing a chart-topping EP called “We Are One” featuring previously released singles “Let Us Be Heroes” & “I'll Run” along with 3 brand new songs. We Are One" EP secured Haze his first Number 1 release on the Irish Singer-Songwriter Chart across multiple music platforms like iTunes & Google Play. After the first week “We Are One” EP went on to secure Haze #2 on the Independent Irish album chart right behind Adele and #31 on the Official Irish Album Charts. Reaching a peak position of #4 on the official charts.
Following the success of "We Are One" EP in the Irish Charts. Haze released a brand new single in September called "Say Goodbye". The single debuted at Number 1 on the Irish Singer-Songwriter Chart and at Number 39 on the Official Irish Single Charts. Making this Haze's 3rd Irish Chart Position in 12 months and his second Number 1 release. The song was also added to some major Spotify playlists by Spotify Editors. The song has racked up 10.7K Streams and counting on Spotify since Sept 8th without any major marketing or promo. Haze's listenership on Spotify has been up 8,000% since the release of "Say Goodbye".