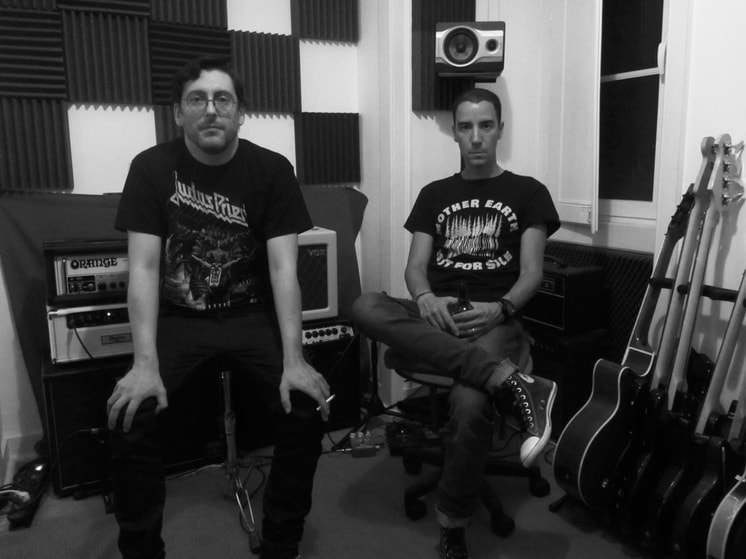 Formed in 2016 EXTHIEVES are a Portuguese musical project born from the minds of two strange men who refused to fit in and turn mellow. By misfortune of fate these two creatures also happen to play musical instruments together since childhood. The alternative to making music would be jail, a dead-end job and/or both.
Based out of Lisbon, the central musical idea of EXTHIEVES is the challenge of making different but appealing rock and roll. Influences range from punk rock to synth based pop - no rules apply but our own.
On July 2018 our debut album What IF? was released to good reception. Some radios play it, some people download and stream it (and some even pay for it). Not bad for a complete DIY effort from an unsigned band from an unknown country somewhere in Europe.
We are:
Paulo Franco (left): Bass, synths, backing vocals Pedro Coelho Pereira (right): Guitar, vocals, synths

Here are some of the ways that you can connect with EXTHIEVES: