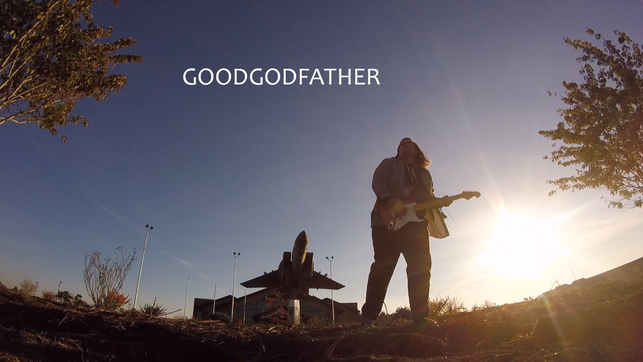 There's more than one way to read Good God Father. There's only one way that reaches in all directions for a solid presentation of truth, pain, love, loss, past and future. Dedicated to the real and raw nature of music that transcends loves lost and found, wars ended and on going, stories of our time, to bring everything together under a shared record of what can't be taken away.
Fronted by songwriter, multi-instrumentalist, Sean Lewis (aka Swan Solo), the band, as it is known, takes on whatever incarnation as deemed necessary be the requirements of the environment. At the end of the day, that means mementos of music, song, and imagery that seeks and keeps patterns anyone can recognize that we all hope will give us a means of protecting ourselves from the misfortunes of the future.
After years playing in the local Oregon music scene under the former monikers, Masonic Weird, Auburn, and Martyred Whitmans, the pressure of the unfolding internet music phenomenon forced the group to pause, and look inward to find a different perspective that would give reason to pursue the craft.
After 5 years of deliberation, the factory has fired back up, and it's getting ready to produce a number of tracks that are expected to instill a fervent impression on listeners with an impact that will generate instant devotion to what Good God Father plans to cultivate through songs that unite, insight, and elevate.
Swan, taking in the treasures of rock music performance that have marked the 20st Century, brings in to focus the heart of the first century, showing the ties that bind, and the river that weaves history in to the present. This takes the shape of recorded digital media distributed via the world wide web, as well as live stage performance.

Here are some of the ways that you can connect with Good God Father: