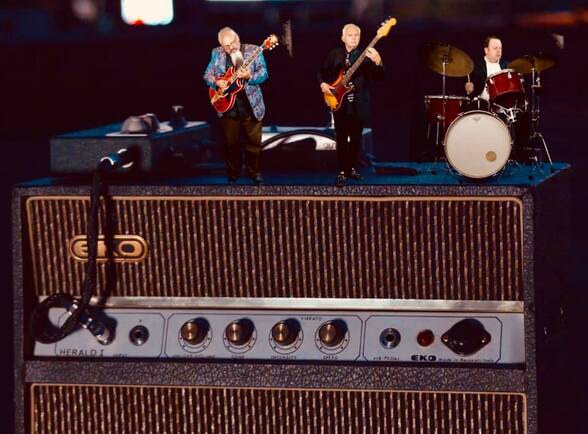 From the start of LoungeZotica 3000 in mid 2016 there was a consistent goal to present an instrumental trio that had class, style, attitude, & vibe with a repertoire that crosses many genre’s. LoungeZotica 3000  has an extensive song list that is singularly unique but at the same time plurally familiar. The trio infuses styles of late 50’s/ 60’s & beyond. Exotica, Lounge, Spaghetti Western, Surf, pop/rock goes jazz, T.V./movie themes.
​
In late 2018 the band had an an opportunity to sign with Bongo Boy Records. This inspired the group to present original music influenced by their current repertoire. Within two months Guitarist/Composer Ed Littman wrote 8 original compositions to add to the four classics for the upcoming album release. In particular Bassist Art Zo & Drummer Andy O’Neill effectuate the sound, vibe, finesse & chemistry that is required by these challenging yet memorable new tracks.

Here are some of the ways that you can connect with LoungeZotica 3000: