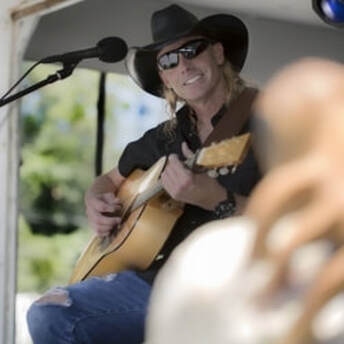 Michael Ken is a singer-songwriter from High Point, NC .  He has been in the music business for many years and like so many continues to dream about getting the recognition by professionals that I and many others believe that he deserves.

His music career got a big boost in 2006 when he won the Nashville Music Network showdown. Thousands competed nationwide, but Michael Ken beat out 122 finalist at the famed Gibson Theatre in Nashville.

This led to a tour of England where he played to large crowds including a festival in London.  In 2014, he was nominated for male vocalist of the year by the Artist Music Guild of America.  Though he didn't win, he was one of the 5 finalists.

He has opened for Travis Tritt, David Alllan Coe, Craig Morgan, Earl Thomas Conley, and others. Most of his shows are regional, NC, VA, SC. However, he has spent a great deal of time in Nashville, where he made the rounds including Tootsies.

He has recorded 7 albums working with people like Jeff King, Reba McIntyre’s guitarist, Justine Weaver, the Dixie Chicks guitarist, Shane Keister keyboard player for Paul Davis and the Eagles and Andy Hull, Lee Greenwood’s drummer. He has a worldwide distribution through iTunes, Spotify, and numerous other forms of digital distribution.. All his work is copyrighted, registered with BMI and with Celtic Cowboy Publishing, LLC.

Here are some of the ways that you can connect with Michael Ken: