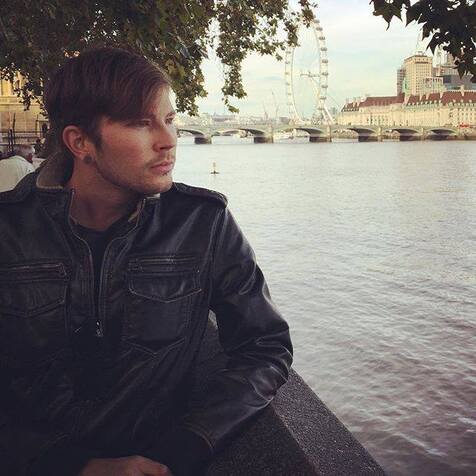 DeMille was born Forrest Heise in Seattle, Wa. DeMille grew up living in various regions of the USA. He discovered his passion for music at a young age and in high school began to play with local groups, playing piano and guitar.

Drawing on such diverse influences as Bog Dylan, David Bowie, Circa Survive and dramatic works like operas and film scores, he was driven by a desire to perform and took up the microphone to hone his craft as a lyricist and singer.

While fronting several bands including Anima Fracture and Moon Mantis in Sacramento Ca., the live performances began to turn heads in the local scene.  After a brief period of inactivity, DeMille released the single, "Stay Down" under his given name, Forrest Heise, in 2013, before remaking himself into the Timeless Rocker Character, Mick DeMille.
From Seattle to Sacramento, young auteur of androgynous stripe walks a sunlit mile

It took this artist a great overhaul, after his 2013 debut didn't make a splash and Mick DeMille emerged where Forrest Heise used to be, more so, the new identity brought about a new style, as illustrated by the multi-instrumentalist eponymous EP. The record has a lot of charm, yet the listeners should be prepared for delicious twists and turns.

Solemn in its piano uplift that's comprised with a solid groove, "Love in Blue" is a soft as the singer's pop visage seems to suggest, his silken voice propelling instantly memorable chorus to perfection, but the glamorous. romanticism, so sweet in "Oblivion" whose orchestral swirl is stricken with subtle electronica, will suddenly crystallize into effervescent glam rock on "Beautiful and Wicked" where crunchy riff is a sublime vehicle for a slyly seductive vocals.

Even more relaxed in "Killing Rain" which may point to a Simon Le Bon influence, DeMille easily embraces power balladry to give it depth and sincere, rather than superficially emotional, substance, and introduce the string-shrouded "Eternal" to tasty timelessness.

Appealing to the hilt, DeMille's full-length album, once it appears, must be a menace to charts. ​
Here are some of the ways that you can connect with Mick Demille: