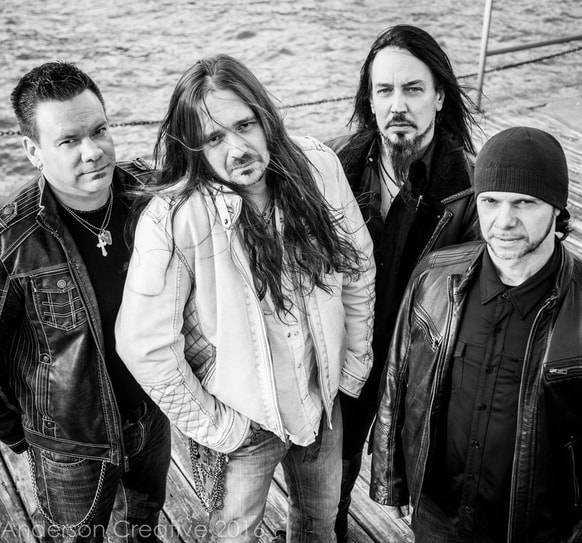 “Driven mad…shouldn’t drive at all
When I saw your face, I knew I’d lost it all
Some would say, we could do no wrong
But, then again…we’re too far gone…Walk on…”
Too Far Gone – PUNISHMENT

The release of their debut EP “Beautiful Suffering” in 2009 and the subsequent single and promotional video “Colours & Skeletons” garnered them Terrestrial Radio airplay/rotation as well as numerous Internet and College stations throughout North America and proved to be a hard rock anthem that still resonates to this day.

Punishment has performed hundreds of shows, including capacity events at “The Phoenix Concert Theatre” & “The Sound Academy” in Toronto, “The Ranch” in Barrie, Ontario, and main stage at the Y108 Picnic in Hamilton, Ontario.

They established themselves as one of the “premier” rock acts in the city, both headlining and opening shows for such great acts as Buckcherry, Adam Gontier of Three Days Grace/St. Asonia, Puddle Of Mudd, The Tea Party, Rival Sons, Bif Naked, The London Quireboys, Harem Scarem, Rik Emmett, 5440,The Ending, The Respectables ,Sven Gali , John Corabi, Jake E Lee, LA Guns and Ratt among other notable recording acts.

In 2015, they re-entered Beach Road Studios to begin recording their full length CD “Remnants Of Things Left Unsaid…” with Juno award winning producer Seigfried Meier.
​
In 2016, they completed recording at Vespa Studios with the help of Harry Hess of Harem Scarem fame.
Punishment to date consists of original members Kevin Gale ( guitarist/vocals) Brad Searl (Vocals) and recent members, Mark Johnston (bass) and Pat Carrano (drums).
​
Here are some of the ways that you can connect with Punishment: