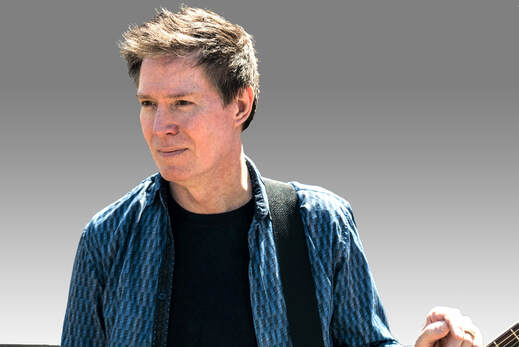 Radio Drive is an Alternative Pop Rock band featuring  Kevin Gullickson.  As the engine behind Radio Drive, Kevin has won international awards and nominations for his songs and music videos.  The music of Radio Drive is being aired on radio around the world alongside major artists and is receiving rave reviews by music critics.  He has been featured on web zines and radio shows in Europe, Canada and the USA.

Kevin’s music has landed on charts on indie stations around the world, including Canada, Germany, the UK and the South Pacific. His music has been used on shows airing on Animal Planet, National Geographic, Comedy Central, Fox Channels, History Channel, Spike TV and Discovery Channel in the USA and TV programs in England, Mexico, New Zealand and Australia.

In 2014 Kevin released his single "A Taste of Heaven", produced by Chris Garcia (credits include Adele and Katy Perry), which was an instant hit on indie stations around the world and is still getting massive airplay and rave reviews.

In mid August 2015 Kevin finished a project with internationally recognized producer, Stuart Epps.   Stuart has worked with some of the most influential artists in music, including George Harrison, Bill Wyman, Jimmy Page, Oasis and more.  Kevin now has the honor of being listed among the artists Stuart has worked with. The result is a magnificent song entitled “Humanity”.    Late 2016 Kevin released a music video for "Humanity".

In 2017 Kevin was chosen by BEM Wireless to endorse their products.

​In April 2018 Kevin released his 5th full CD "She Colors My World" with the final mastering done by Robert L. Smith, whose credits include Paul McCartney, U2, David Bowie, Aerosmith and many more
​
Here are some of the ways that you can connect with Radio Drive: