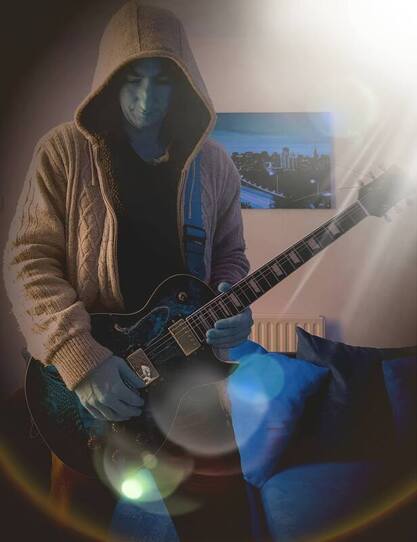 Ryan Doherty is a truly gifted performer with the courage to push boundaries. His vivid, imaginative approach to song writing has allowed him to develop a truly unique sound that stands out in a saturated UK music scene. His music is experimental, bold and electrifying. The result is a genre-transcending amalgam, fusing Pink Floyd’s creativity, Leonard Cohen’s haunting vocals and the virtuosity of Paul Kossoff. Ryan Doherty’s talent must be heard to be believed.

Currently writing and performing out of Birmingham, England, Ryan is a dedicated and focused professional. His path to success has been marred by personal adversity that many would have struggled to overcome. Luckily, Ryan’s persistence and love of music has won through. In 2000, a serious car accident left him unsure if he would play guitar again. Then, in 2014, the tragic and untimely death of his father led him to an all-time low. He found solace in his guitar and honoured the memory of his father – his musical inspiration – by writing a series of truly heartfelt songs. Ryan recorded and released a selection of these tracks and the feedback was phenomenal. Ryan Doherty remains independent at present but is looking for opportunities to team up with forward-thinking record labels and promoters. He continues to write and release new material on a regular basis and his ability to pair stark, soulful lyrics with searing guitar riffs makes for a truly remarkable listening experience.
​
Here are some of the ways that you can connect with Ryan Doherty: