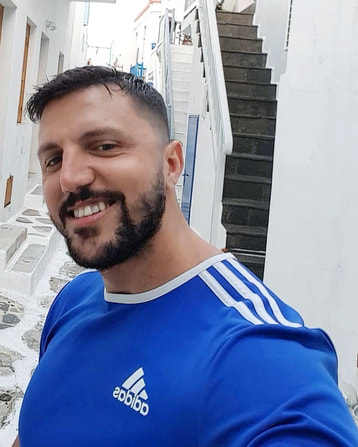 Sarantis Kremizakis is his full name, however most people know him by his first name, Sarantis. Born on August 29, 1984 in Athens, Greece, to a musician father who was a drummer in a well-known band in the 1970s.

Sarantis, a Greek artist, began his career as a vocalist when he was 11 years old, at school, and then on the live stage and in television shows as a performer entertainer, mime character, showman, songwriter, and book writer. Many people have dubbed him the Chameleon of Pop because of his ability to shift his image and the way he performs.  In 2011, he collaborated with Guinda Models as the artist of the year after winning a Greek talent program on television.

Nowadays, he collaborates with well-known producers, rappers, and singers, as well as music labels, and does tours primarily in Europe, one of which was in London Pride in 2012 with Boy George in Trafalgar Square. Sarantis' most recent song, "I don't care," is currently on the KDUB Radio music chart.