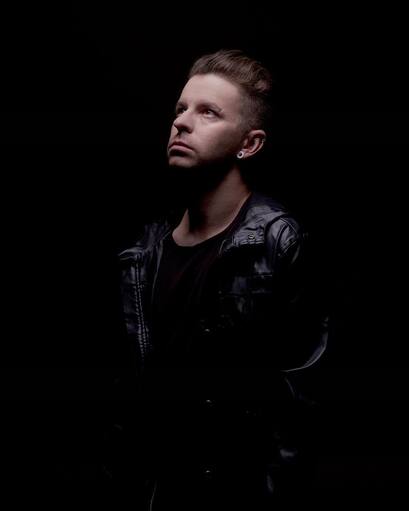 South African born artist, SEVVEN, has been building a name for himself in the pop world as a singer, musician, and producer. He has been consistently releasing singles as a solo artist since late 2016, apart from his production credits which include arts such as Howie Combrink, Ashlinn Gray, Lloyd Cele, Brenden Praise and more. SEVVEN has managed to create a distinctive brand with both his music and image. His sound is a blend of electronic and acoustic elements, with songs that range from up-tempo bangers to haunt- ing ballads, which all translates very well from the recordings to the stage. SEVVEN takes a lot of pride in his show and aims to constantly raise the bar by adding visual elements, lighting, and creative staging. It’s rare that an artist creates almost every element of their own product, but this is exactly what SEVVEN has done with creating his music, videos, artwork, and merch lines.
His debut single Forget Who We Are was released in November 2016 and received mass airplay on radio stations across South Africa. The follow up single Fight For Love, released March 2017, was paired with a beautiful music video directed and filmed by SEVVEN, and saw the same response from radio as the debut. SEVVEN has since released two more singles before finally putting his debut self-titled album out into the world in June 2018.
​
He explains, “It took me a long time to figure out exactly what I wanted to do. I didn’t want to create some- thing and half way through change my mind. It’s been an incredible journey creating this project. After many hours and a lot of soul searching, I can only hope that people will hear it, as many as possible, and hopefully love it as much as I do.”

Here are some of the ways that you can connect with SEVVEN: