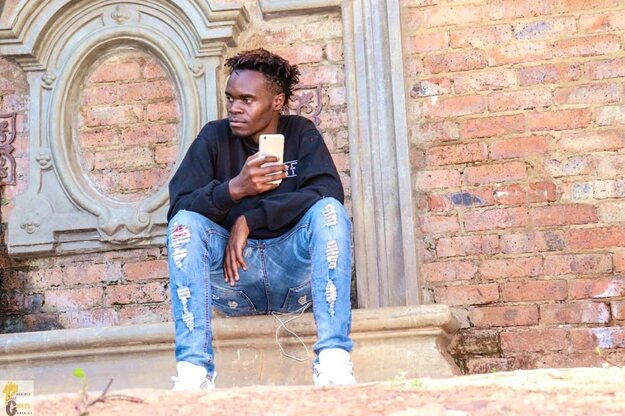 Of late, the hip hop circles in both Zimbabwe and South Africa have come to familiar terms with the name Shonaman. His work has been beautifully impressive, and it is worth mentioning. His name and his music simply cannot go unmentioned and unnoticed. Shonaman, real name Mike Tinhidzai, is a Zimbabwean rapper who is based in South Africa. Shonaman was born in Gutu, Zimbabwe, which reveals openly humble beginnings. When the Zimbabwean economy plunged and the turmoil was having its biting toll on many Zimbabwean families, Shonaman’s family relocated to South Africa in 2006, and this marked the genesis of Shonaman’s amazing story in the rap game. This occurrence, though not what they wanted, set in motion the beginning of Shonaman’s success. The hurdles that Shonaman has met in life have proved as if they are too high to surmount. But with sheer determination and motivation, Shonaman has braved it all. Just when all hope was oozing out, he met Tfox, who would become his longtime friend. His friend introduced him to
Part of Shonaman’s inspiration was heavily influenced by the marriage institution he grew up in. He grew up in a polygamous marriage and such a congested environment somehow propelled his musical life, as he felt his voice had to be had, and life experiences had to be echoed. Life was not rosy for Shonaman when his family moved south of the Limpopo, conditions which were an antithesis to high expectations. After working as a handyman at the age of 16, Shonaman thought everything was crumbling when he dropped out of high school. It seemed as if things had lost meaning that the centre could no longer hold. Much was coming along the way, Shonaman was born for success.

The hurdles that Shonaman has met in life have proved as if they are too high to surmount. But with sheer determination and motivation, Shonaman has braved it all. Just when all hope was oozing out, he met Tfox, who would become his longtime friend. His friend introduced him to some of Hip Hop’s icons who include Lil Wayne, Frank Edwards and Eminem. This moment was very pivotal in carving out his passion for hip hop and the subsequent hip hop career. Thy both got into music, although they authored rhymes that never made their way into studio. But as the old adage goes, Rome was not built in a day. Since Shonaman’s friend was going to school, Shonaman decided to go to school. However for him, school was a form of escapism. He wanted to get as far as he could from the responsibilities that were choking him back home. For him school was a time pusher. Interestingly, it school that gave him a platform to fully realize his potential and maximizing it. It was at school that the name Shonaman originated from, since he was a Zimbabwean living in South Africa who always rapped in Shona at cyphers.

In 2011, Shonaman met Mgeezy, who introduced him to studio for the first time. He recorded his first song, a heartfelt tribute to his brother’s kid who had unfortunately passed away after sustaining gruesome injuries from boiling water. The producer though the song was not good enough and told Shonaman to leave, and never coming back again. They kept on preserving, and Mgeezy introduced Shonaman to another studio, 9 km from where Shonaman lived. The team at the new studio were marveled by Shonaman’s music and decided to work with him free of charge. He became part of a new crew called Maltown Flavour led by Janfirst Recording under Try Me Records.

While at university, he released his first mixtape with Janfirst in 2014. He went on to wonderfully release more singles after the mixtape which include the Dum Dum remix from American Christian rapper Teddush. It is of no doubt that this resounding success motivated him to incline towards religious music, aided by the experiences he has also gone through in his life. His flair for rapping has also been enhanced getting invitations to perform at functions in his home Limpopo, making his name when he successfully performed at the I am women foundation first anniversary. He has also impeccably represented Zimbabwe at the University of Pretoria international student day celebrations.

Shonaman had planned to release an album in 2015 but pressure from university studies saw that failing to come to fruition. In 2016 he met the Zimbabwean producer Kumbitronix. He collaborated with Tizzy on a song titled My Life Before My Lord, which was immediately followed by a video release. The video was aired on the DStv channel One Gospel. It was also nominated as the best
music video of the year at the LIMHOP Awards.

In May 2017, Shonaman announce that he would be releasing an EP titled Rebels, which was then released in July 2017. From the EP he shot two music videos, which have had a reverberating effect across all social media platforms and many popular Christian sites and hip hop blogs. His music video High Five has had a warm reception. His works have been featured on blogs such as The Zimbabwe Sphere, Venrap Radio Magazine, and Perdeby. He says his music is distinct because he sings Christian rap music which reflects his deepest beliefs. On talking about his latest EP titled Rebels, he had this to say, “Whenever you do something, people have the tendency to place you in a box. They assume that you are just likeevery other rapper. I make music for those that are out there that want to learn more about Christianity. And that’s what Rebels is all about. It’s about me redefining what the church expects of me and in the process educating others about it.” Shonaman is one talent to watch. His rap is motivating, uplifting, and very meaningful. His music is worth listening to.

Here's a few ways that you can connect with Shonaman: