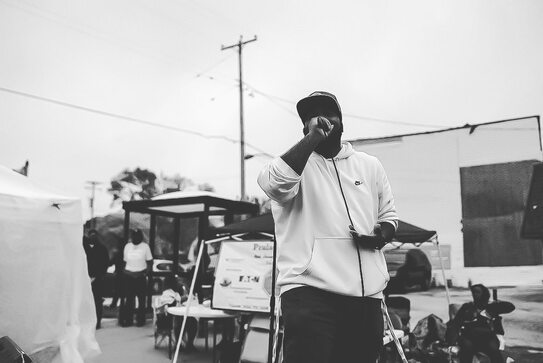 Born Rudy Strong on Aug. 14th in Milwaukee, WI, Young Deuces grew up traveling the world with his parents being a Military Brat. When his father ended his stint in the United States Air Force, the family moved back to the crime riddled city of Milwaukee to be around family. The shift of lifestyle, environment, issues and life was a huge part into the psyche of Young Deuces.
​
Now more know as 1/2 of the Hip-Hop Duo Streetz-n-Young Deuces (Relatively known as SNYD), the duoe went on to accomplish many things. Such as being featured in The Source Magazine, Ozone Magazine, Hip-Hop Weekly, Winning awards, opening for artist such as Young Dro, Lupe Fiasco, Young Buck, Big Krit as well as recording music with Trae The Truth, Dipset, Mickey Factz, Gerald Walker &amp; more.

Young Deuces recently has released his first solo effort, My Unapologetic Black Thoughts, which was highly received as an accurate depiction of like in today wold as a black man.
​
Here are some of the ways that you can connect with Young Deuces: